Known working apps: World of photo, Foursquare and many others!

Fake Camera allows to pick an existing photo from gallery instead of taking new picture with a camera. It’s useful, when some application (good example is World of photo) wants to take a photo, but you already have that photo and just want to add this existing one. 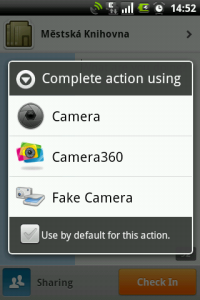 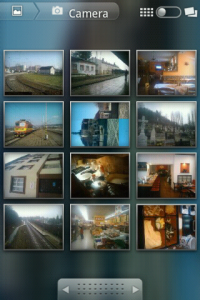 So chose a picture (local picture, picture from Picasa will not work!) and wait a moment. If camera view is opened instead of camera picker, it means it’s impossible to use Fake Camera – application has its own implementation of Camera (for example Snapchat has one).